Learn Logix Part 1.0. This article gives a high-level overview of the components that make up programmable control systems and the way information flows through a control system. 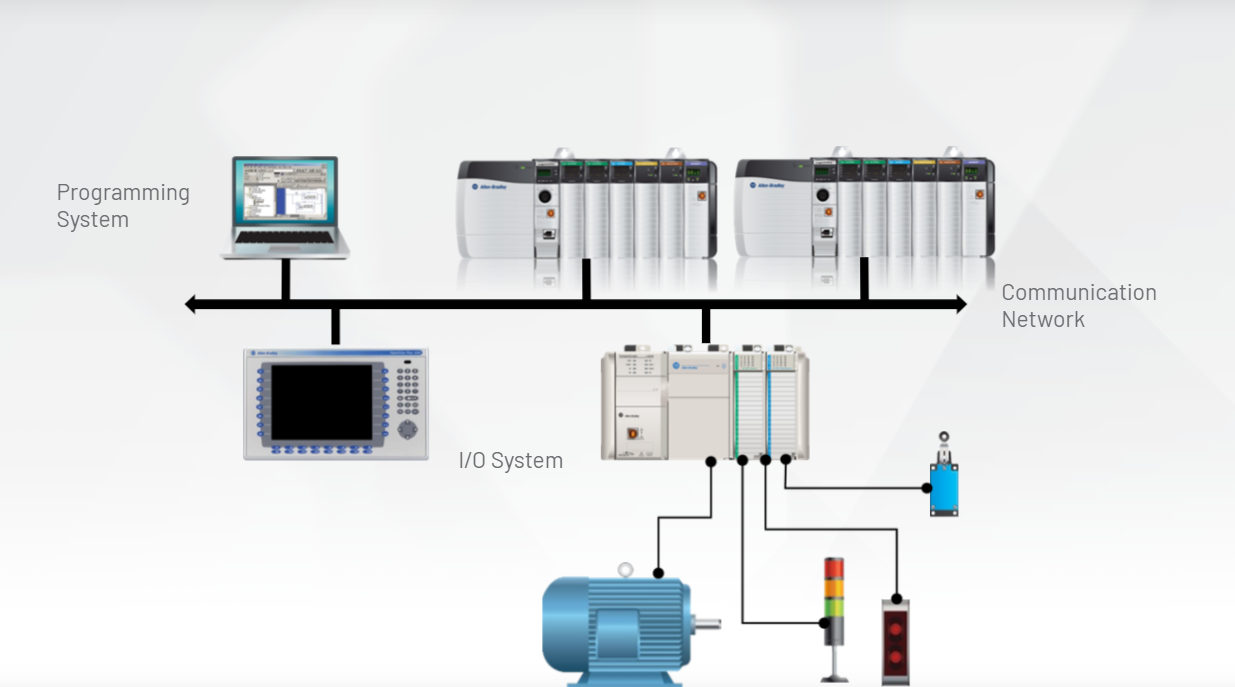 A programmable control system is a collection of components, often connected over a network, that can be programmed to automatically control processes, machines, and devices.

Components of a Control System

The picture above shows a simple programmable control system. It is made up of controllers, input devices, and output devices.

A controller is an industrial device that can be programmed to automatically control processes, machines, and other devices. Controllers have programmable memory that is used to implement functions like logic, timing, communication, and data manipulation.

The controller is the brain of a programmable control system — it reads and evaluates the status of input devices, makes decisions, and modifies the state of output devices to control a machine or process.

In a simple programmable control system, the controller is connected directly to input and output devices.

Input devices are pieces of hardware that convert real-world data such as distance to an object or amount of light being received into electrical signals that the controller can understand. Examples of input devices include photoelectric sensors and pushbuttons.

Output devices are pieces of hardware that receive signals from the controller and actuate hardware devices to create behavior in the real world. Examples of output devices include signal lights and motors.

Information Flow in a Control System

To run the motor, the controller sends a command, in the form of a digital output, to the motor and it begins to run.

In the next part of the series, we will take a deeper dive into the specific components that make up Rockwell Automation’s Logix 5000 platform. If you haven't already, sign up to the mailing list below to be notified when that article is available.

Update: You can find the next part of the Learn Logix series, The Logix 5000 Systems, here. This article gives an overview of the systems that make up the Logix 5000 platform and the use cases for each system.