Learn Logix Part 2.0. This article gives an overview of the systems that make up the Logix 5000 platform and the use cases for each system. 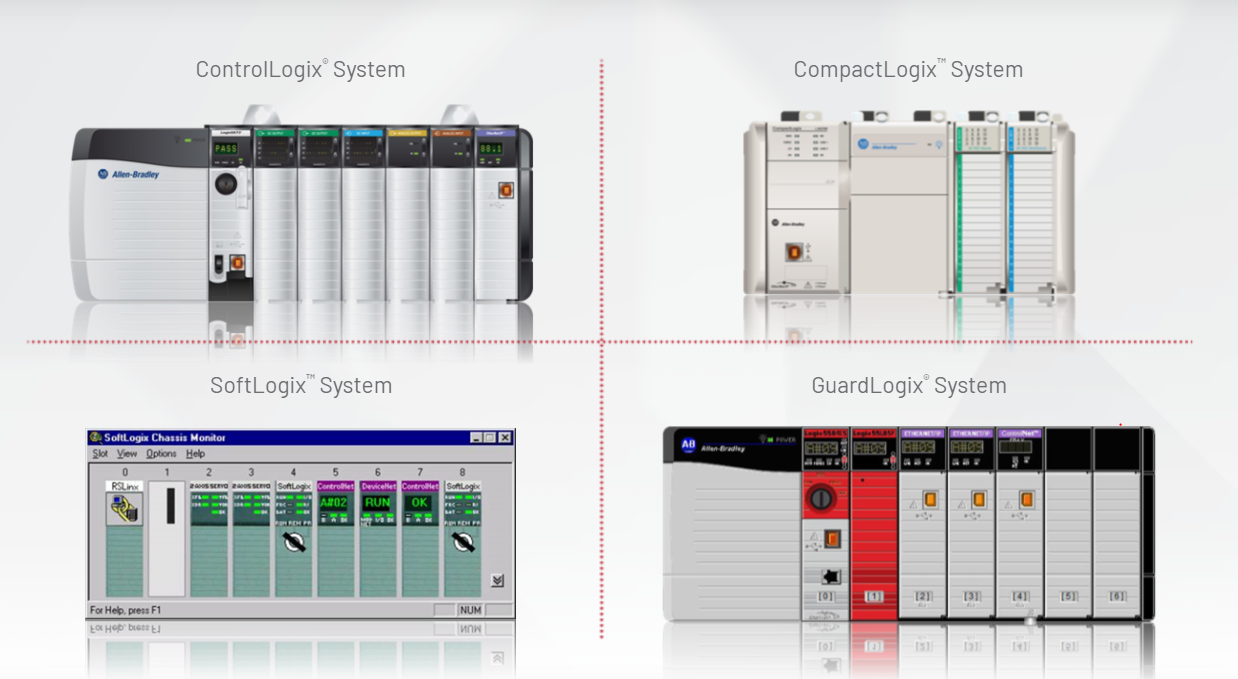 Rockwell Automation’s Logix 5000 platform is made up of four distinct systems. Each of these systems is designed to provide the user with enhanced diagnostic and troubleshooting information, and increased security in comparison to other Rockwell Automation platforms like the Micro and MicroLogix platforms.

Each system in the Logix 5000 platform supports common industrial networks, like Ethernet/IP, and has a range of components that can be used to add functionality to a controller like I/O modules and communication modules.

In this article, we will learn about the various systems that make up the Logix 5000 platform and the difference between these systems.

The ControlLogix system is a high-performance multi-controller system in a modular chassis format.

In a ControlLogix system, multiple controllers located in the same chassis can operate independently and communicate with each other over the backplane.

This system is used in large systems with a large number of I/O points or systems that require high performance, such as systems with many motion axes.

The CompactLogix system is a modular, single-controller system.

The CompactLogix system is used in small, standalone projects or medium-sized connected systems.

All Logix 5000 systems use the same control engine and are programmed using the same development environment.

In this article, we learned what systems make up the Logix 5000 platform and the use cases for each system.

In the next part of the series, we will take a deep dive into the ControlLogix system to learn more about the hardware components that make up this system. Subscribe to the mailing list below to be notified when that part of the series is available.