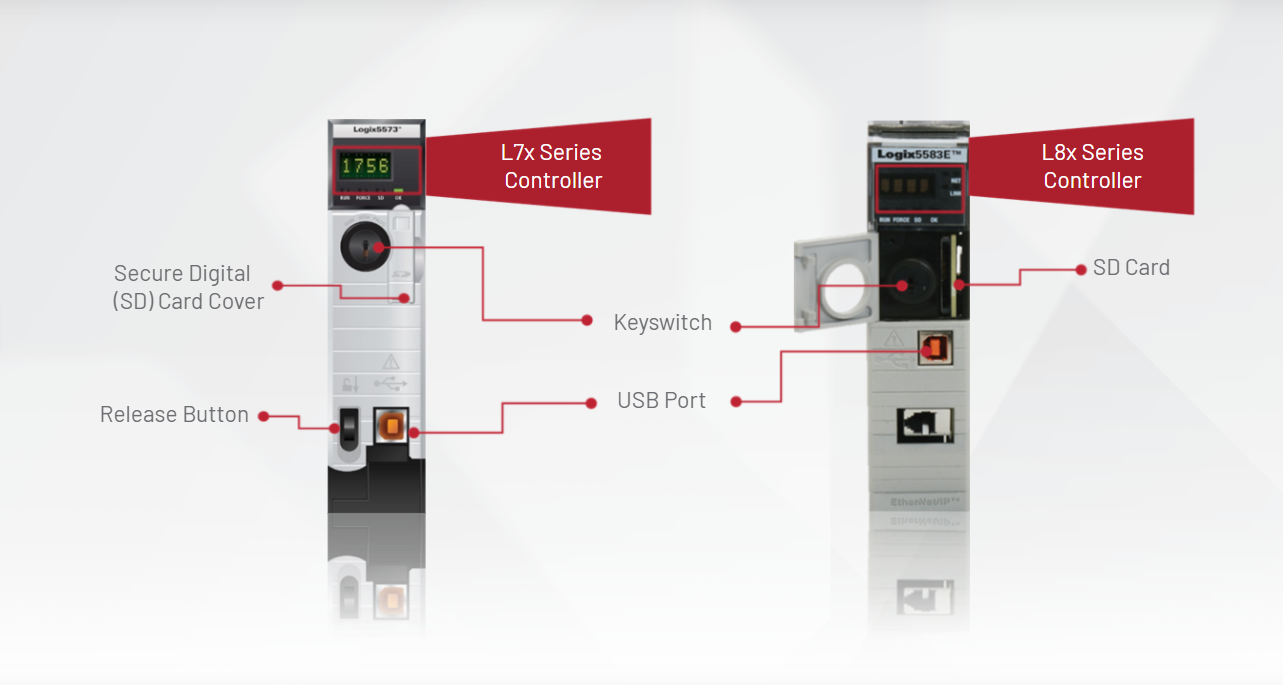 The latest series of ControlLogix controllers are the L7x and L8x series. These series of controllers have many features in common, including;

This scrolling display allows someone to easily understand the status of a controller at a glance.

Both series of controllers have a USB port. This USB port is used to create a temporary point-to-point connection between the controller and a computer for transferring project files or monitoring program execution and system status.

Both controllers have an Energy Storage Module, also known as an ESM.

This ESM allows the controller to retrieve the project from non-volatile memory after power loss or a power cycle. The ESM also keeps the controller’s wall clock running for up to 5 days without power.

The L8x builds on the features of the L7x controller. The enhancements of the L8x controller includes;

The L8x controller can deliver up to 20x faster scan times and up to 45% more storage than an equivalent L7x controller.

The L8x expands on the security features offered by the L7x controllers with;

Role-based Access Control is a method of regulating access to a computer or network resources based on the roles of individual users within an enterprise. With RBAC, only specific users would be able to perform specific tasks like viewing, creating, or modifying files.

In this article, we learned more about the L7x and L8x ControlLogix series of controllers.

In the next part of the series, we will learn about the I/O modules available for the ControlLogix system. If you haven’t already, be sure to subscribe to the mailing list below to be notified when the next part is available.

Update: You can find the next part of the Learn Logix series, The ControlLogix I/O Modules, here. This article explains the features of the 1756 I/O modules, the I/O modules used in ControlLogix systems for local and distributed I/O.