Learn Logix Part 2.7. This article gives an overview of the 1769 and 5069 CompactLogix I/O modules and their features. 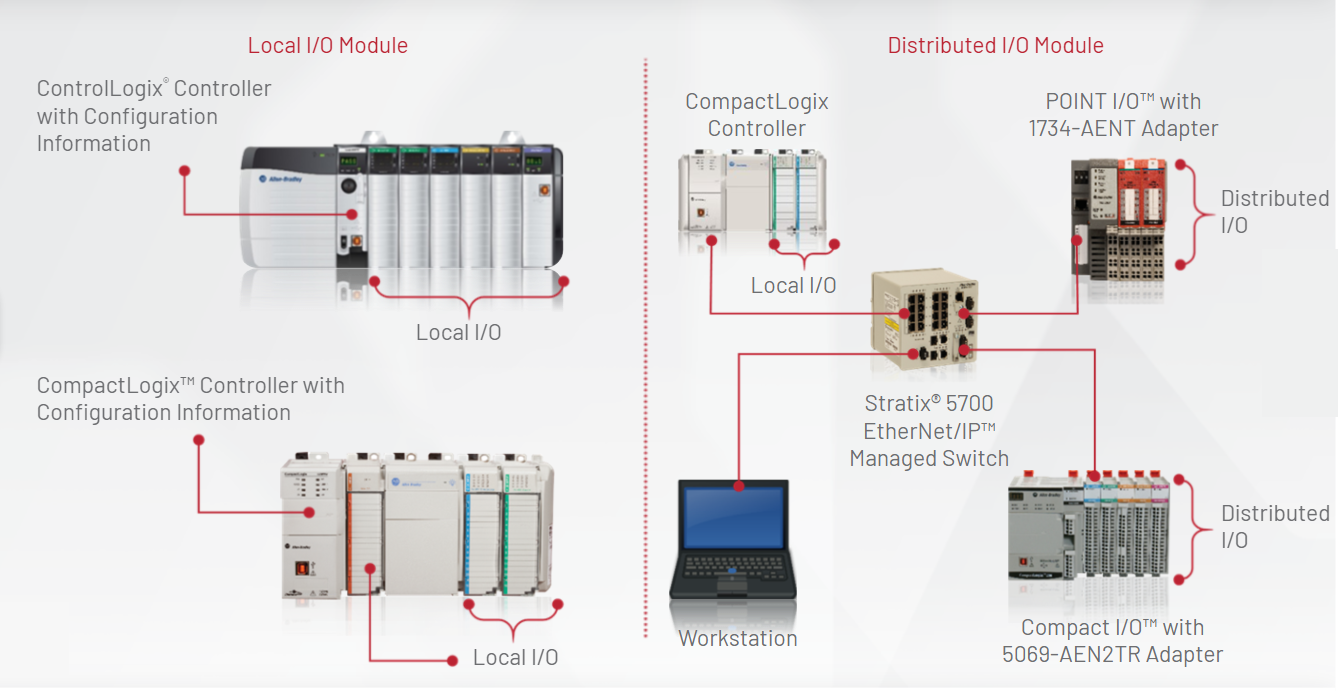 Before we dive into the details of the CompactLogix I/O modules, let’s have a quick recap about local and distributed I/O modules.

Local I/O modules are mounted in the same bank as the controller that contains the module’s configuration information.

Distributed I/O modules are mounted in a different bank as the controller that contains the module’s configuration information.

Both 1769 input and 1769 output modules have similar features. These features include;

The movable bus connector is a movable interface that connects modules together through the CompactBus backplane.

1769 I/O modules have a DIN rail latch, which is a movable piece of plastic to mount the I/O module on a DIN rail.

1769 I/O modules feature a Removable Terminal Block, also known as an RTB, that is used to connect field wiring to the I/O module.

The 1769 I/O module RTBs are connected to the I/O module with two screws.

1769 I/O modules are equipped with status indicators to show the health of the module and the communication status on the CompactBus.

Both 5069 input and 5069 output modules have similar features. These features include;

The module status indicators show the overall health of the module and its communication status on the bus.

Interlocking side pieces allow modules to be connected together to communicate on the bus.

The 5069 I/O modules include RTBs to connect the field wiring to the module.

The 5069 I/O modules include status indicators for each input or output on the module to see the state of the I/O point at a glance.

In this article, we learned about the 1769 and 5069 CompactLogix I/O modules and their features.

In the next part of the series, we will learn about the communication modules that are available for the CompactLogix system. If you haven’t already, be sure to subscribe to the mailing list below to be notified when the next part is available.