Learn Logix Part 3.3. In this article, we learn about programs in a Studio 5000 Logix Designer project and how to create them. 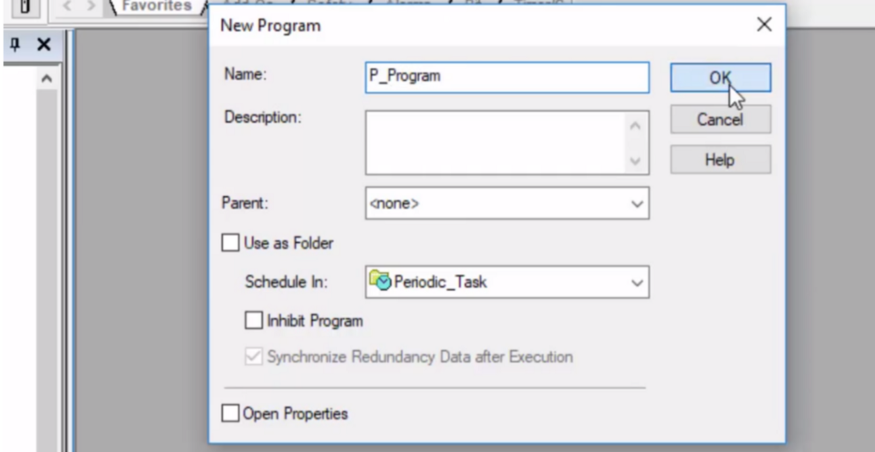 A program is a mechanism to organize the routines within a task. It is a folder inside of a task that groups related routines and tags together. Programs are often used to divide areas of a production plant into logical groupings.

Each task in a Studio 5000 Logix Designer project has a Program Schedule tab in its Task Properties dialog box. Using this tab, the programs in a task can be scheduled or unscheduled and the order of execution of programs can be rearranged.

The order of scheduled programs can be modified by selecting a program and using the Up and Down buttons in the Move column to change the program’s scheduled position.

These special programs are included in a Studio 5000 Logix Designer project by default outside of the Tasks folder. You can choose to use these programs based on your project’s requirements.

The New Program dialog appears. Here you can give your program a name and add it to the project by clicking OK.

In this article, we learned about programs in a Studio 5000 Logix Designer project and how to create them.

In the next part of the series, we will learn about routines in a Studio 5000 Logix Designer project. If you haven’t already, be sure to subscribe to the mailing list below to be notified when the next part is available.