Welcome to another edition of C# From Scratch, a course dedicated to teaching you everything you need to know to be productive with C#. If you’re new here, head over to the index to see all parts of the series.

In previous parts of the series, we have seen how to create C# .NET projects using the .NET CLI, how to run C# projects using the .NET CLI, and how to edit code using Visual Studio Code. This is a great start for learning how to work with C# but the application that we have worked with so far has a major limitation - the output is hardcoded. Most useful applications are interactive - the output of the application changes based on the input provided by a user.

In this part of the series, we will focus on extending our application to make it interactive. By the end of this post, our application will output a personalized greeting based on the input provided by a user. Along the way, we'll learn some concepts about the C# language as well as C# syntax and data types.

Let's start by taking a closer look at the code that already makes up our static application.

Lines 7 - 10 of the Program.cs file is what is known as a method definition.

A method is a named container for code. In this case, the name of the method is Main.

When a method is called, or invoked, then the code inside of the method is executed.

You may have noticed the keywords "static" and "void" which come before the name of the method. These keywords define the way the method behaves and we'll talk in detail about what they mean later on in the series.

In this application, there is only one line of code inside of the Main method. This code, located on line 9, tells the .NET Runtime to write a string of characters to the Console window.

WriteLine is a method, just like the Main method. The Console prefix on the method call indicates that this method belongs to the class Console. We'll talk about classes a little bit later on.

As part of a method definition, you can define what parameters someone can pass to a method. Every method can have zero or more parameters. Parameterization helps to make methods flexible and reusable across many different applications.

The Main method takes one parameter called args, which is short for arguments. Arguments are the values that are passed into the method when it is called during execution of the program. The args parameter is of type String[]. What does that mean?

First of all, we have to define the type of a parameter because C# is a strongly typed language. That means that every parameter and variable in C# has a defined type. The type of a variable determines how much space in memory a variable occupies, what data can be stored in the variable, and what operations are legal for that variable.

Here, the type of args is a String array. We have already met the String data type in the previous part of the series and we know that a String is a sequence of characters enclosed in double quotes. "Hello" is an example of a String.

A String array is a collection of Strings. ["Hello", "my", "name", "is", "Ken"] is an example of a String array. An array may also contain zero strings, so [] is also an example of a string array. We know that this is an array of a certain data type because of the square brackets that immediately follow the name of the type.

Args is a special parameter because it represents the arguments for the application. Any arguments that a user passes to the application on the Console are available to read in the program through args.

To work with arrays, we need to understand how to access specific elements in the array.

In C#, you can access an element of an array based on its position in the array. To access a specific element, you can add the index, or position, of the element in square brackets after the array. C#, like most programming languages, uses zero based indexing. That means that the first element in an array lives at index 0. So, in our example, when we want to access the first string in the array args, we can use the expression args[0]. If you read that expression out loud, you would say "args sub 0".

In our application, we expect a user to pass in a single argument, which is the name of the person that the application should greet. We know that we can access the argument that the user has passed into the application using the expression args[0].

So, how do we use this argument to print a personalized greeting to the Console?

We have two options; string concatenation and string interpolation. Both are techniques which are used to build strings using a combination of literal stings (hardcoded characters between double quotes) and expressions which resolve to string values. Let's start by looking at string concatenation in C#.

String concatenation allows us to join small strings of characters together to create a larger string. You can join, or concatenate, strings together using the + operator in C#. So, if we wanted to print the greeting "Hello, <name>!" we could use the expression "Hello, " + args[0] + "!".

String concatenation is a perfectly valid way to build strings in C#. However, there are C# developers who argue that string interpolation, another technique for building strings in C#, is easier to read.

To use string interpolation, you must place a dollar sign ($) before the opening double quote of the string. Now, you can place an expression in curly braces anywhere inside the string. This results in easier to read strings which don't have to be stopped and started with pairs of double quotes.

To build our personalized greeting with string interpolation, we could use the expression $"Hello, {args[0]}!".

In both cases, the expression args[0] will resolve to a value at runtime.

After updating Program.cs, save the file and come back to the Command Prompt. When we run the application, .NET knows that the source code has been modified and will produce a new assembly file by rebuilding the application.

In this section, we have built an interactive application that updates its output based on a user's input. While building the application, we have learned some basic concepts about methods, C# syntax, and string manipulation in C#.

After building a new feature like this, its good to test some exceptional situations. After all, software user's are not famous for doing exactly what software developers expect them to do.

What happens if you pass two arguments to the application? Everything should work as normal and the Console output is based on the first argument passed by the user.

What happens if you pass no arguments to the application? That causes a catastrophic failure in the application (also known as an unhandled exception) which causes the application to crash. It seems that our software has a bug, and in the next lesson we will learn how to use Visual Studio Code to debug our code. 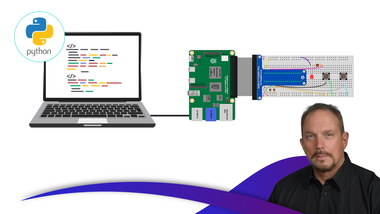 This course provides an introduction to the increasingly popular Python programming language for controls and automation engineers. 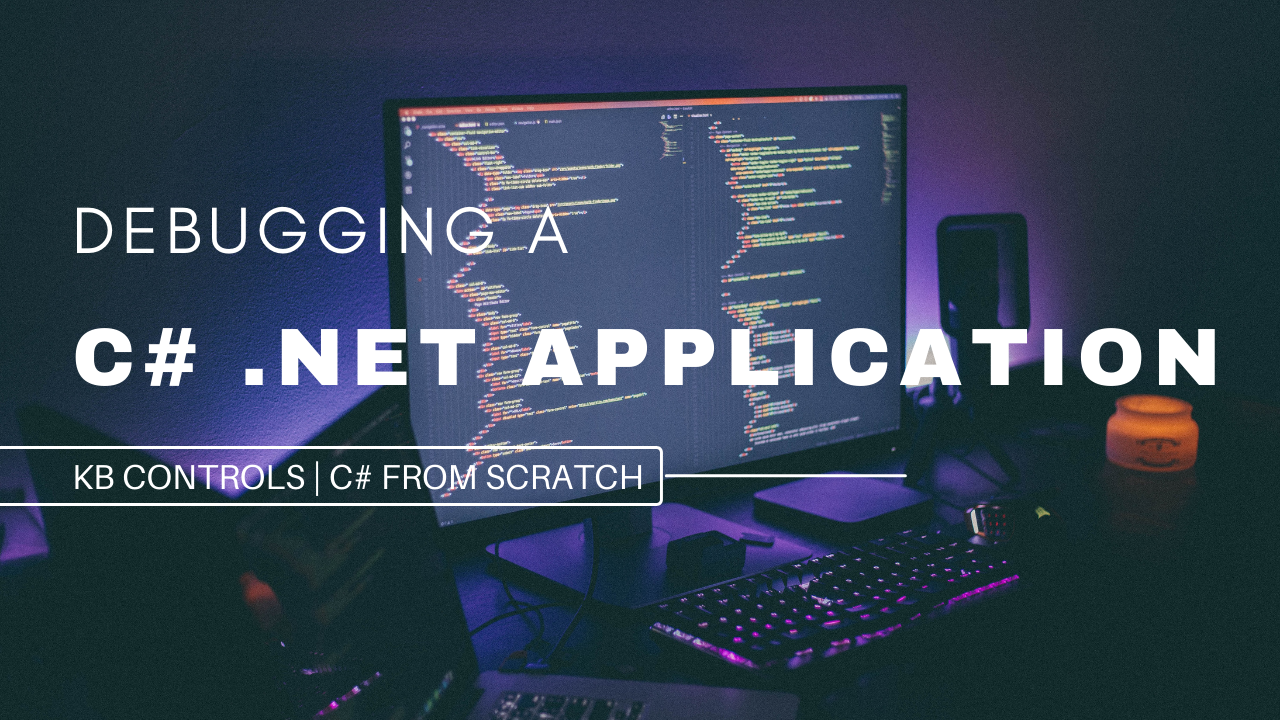 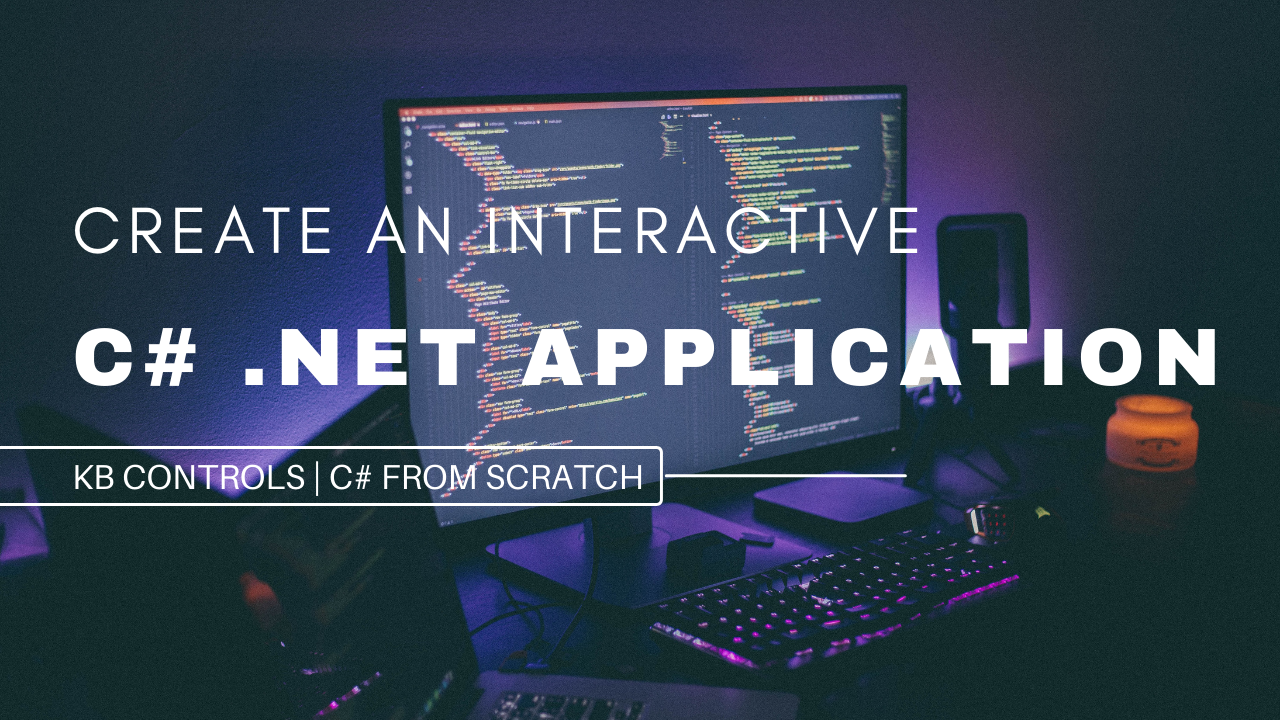 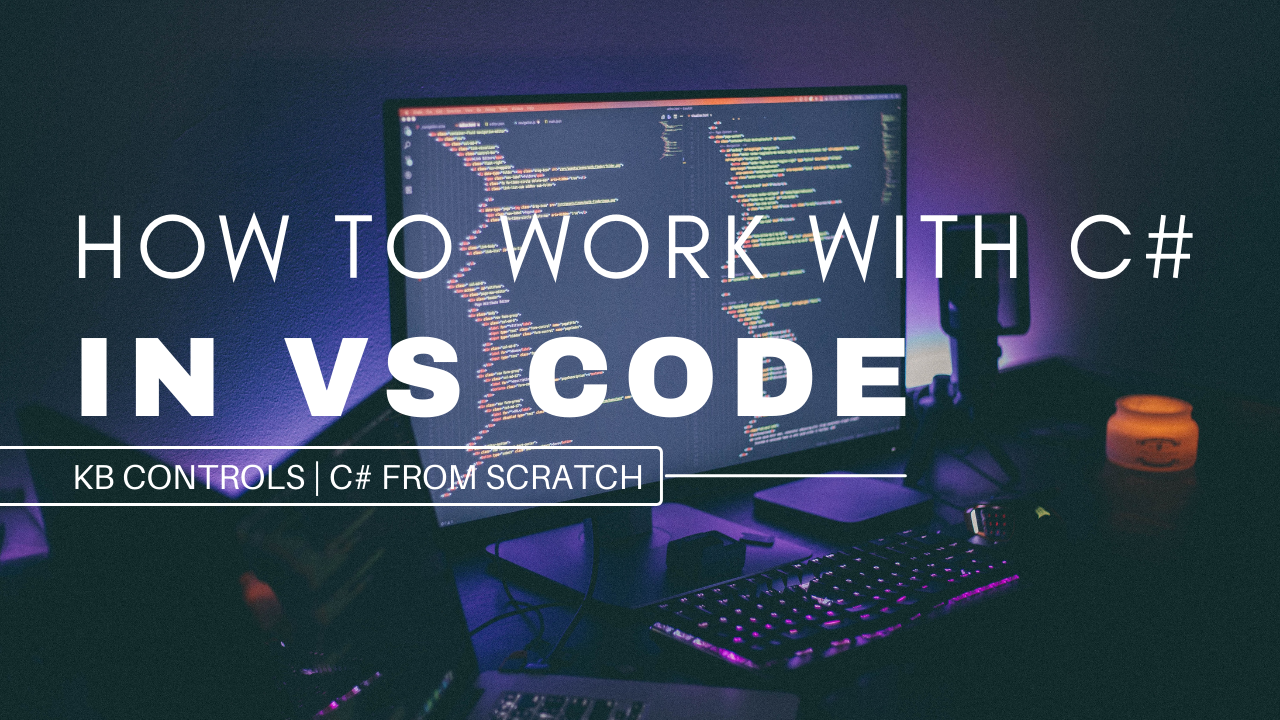 How to Work with C# in Visual Studio Code

C# From Scratch Part 2.0. In this part of the series, we learn how to set up Visual Studio Code, edit our C# code, run our application through VS Code.