The Structure of a Project in Studio 5000 Logix Designer 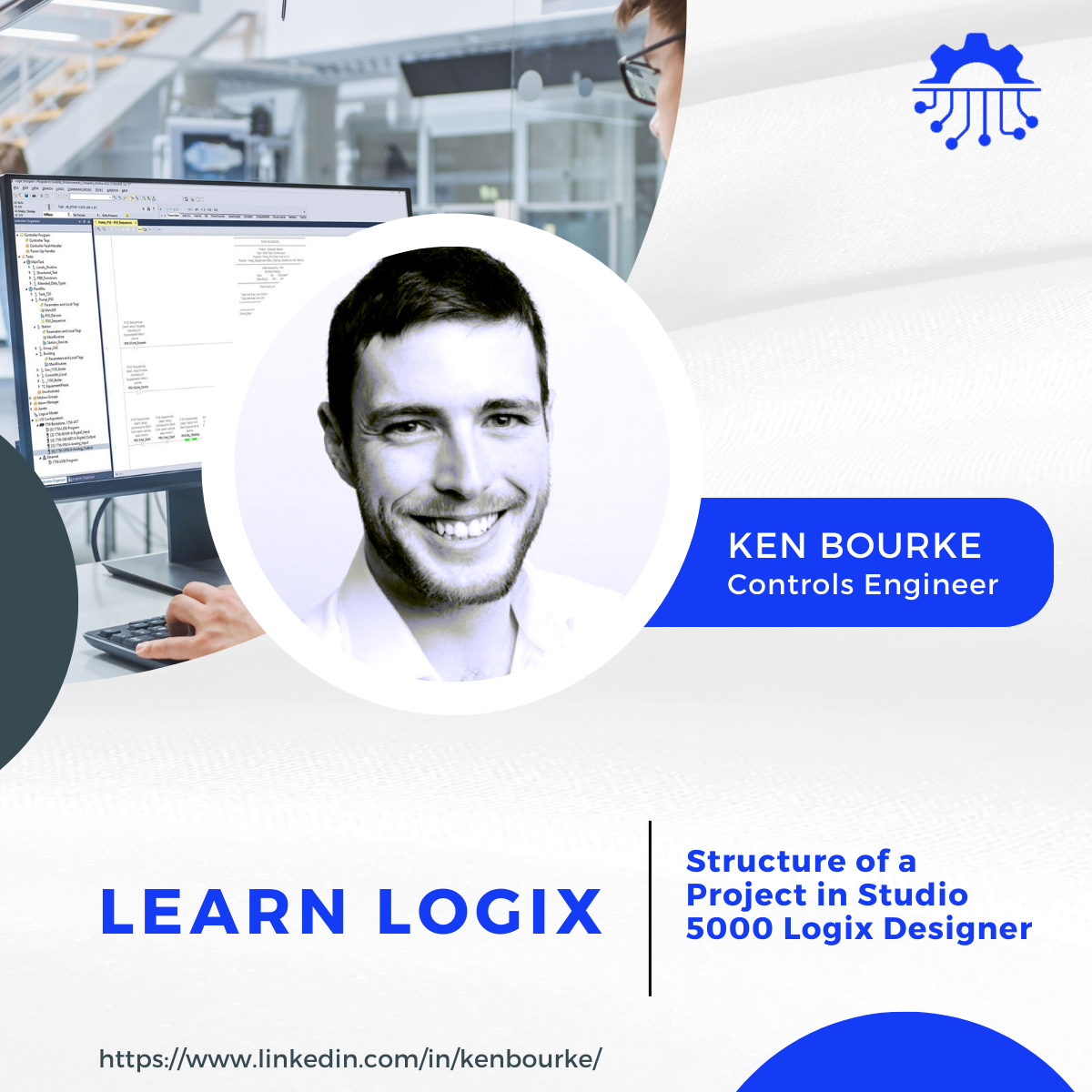 A big thank you to our partners who keep this newsletter free to the reader:

Today's issue is brought to you by RealPars. RealPars provides high quality industrial automation courses at an affordable price. Join today for less than €20 a month and get access to RealPars full course catalog including courses for Siemens, Allen-Bradley, and CODESYS control platforms. For even more savings, the first 100 readers who use my discount code "kb-controls" get an additional 10% off the price of their membership.

I would also like to thank my second sponsor - you. If you are enjoying and getting value from Learn Logix then please consider using the Buy Me a Coffee widget on this page to support the newsletter.

We also learned how to create a project in Studio 5000 Logix Designer.

In this edition of Learn Logix, we will look at the structure of the project that we have just created to understand what data is available in a Studio 5000 Logix Designer and how that data is organized and accessed.

Let's get started by talking about the Controller Organizer.

The Controller Organizer is a graphical representation of the contents of a Logix 5000 controller.

It is a hierarchical tree of folders and files that contains all of the application code and configuration data associated with a single controller. The folders in the Controller Organizer can be expanded or collapsed to show or hide the contents of a folder.

The Most Important Folders in the Controller Organizer

All of the folders in the Controller Organizer are important in specific contexts and specific types of project. However, in my experience, the following folders are the most important folders in the Controller Organizer to know about and you will spend most of your time developing, troubleshooting, and maintaining Logix 5000 applications in these folders.

The Controller Folder contains global data for the application.

Each task contains programs which contain routines and program-scoped tags.

Routines contain the actual application code for a project.

The Assets Folder contains the assets for a project.

An Asset is a reusable, global object in a Logix Designer project. Some examples of assets in a project include;

Some types of assets may be further divided into sub-types. For example, the Data Types folder contains sub-folders for User-Defined, String, Add-On-Defined, Predefined, and Module-Defined data types.

We will look at each type of asset in more detail in a later edition of Learn Logix.

The I/O Configuration Folder contains information about the hardware configuration of the controller.

This folder is a hierarchical structure that contains the local and remote modules that the controller is configured to communicate with. We will see how to add modules to the I/O Configuration Folder in a future edition of Learn Logix.

The following folders are important to be aware of but most beginner programmers will not actively work in these programs since the data here is more specific and only used in advanced applications.

The Motion Groups folder contains motion groups that are used in motion control applications. Motion control is considered an advanced topic but its important to understand that Logix 5000 controllers can have motion capabilities and Logix Designer can be used to develop motion applications.

The Alarm Manager Folder contains the alarm configuration for a project.

The most important folders in the Controller Organizer, where you will spend most of your time, are:

There are other folders in the Controller Organizer which contain objects used in advanced applications like the Motion Groups folder and the Alarm Manager Folder. As a beginner, you will not be working in these folders very often, but you should be aware that they exist.

When you're ready, I recommend that you learn more about PLC programming by following an affordable course based on free software.

PLC Programming From Scratch teaches you everything you need to know to be an intermediate PLC programmer by developing and testing the software for two industrial automation applications. By the end of the course, you will have two portfolio projects to discuss in interviews and you will know how to approach projects to design good PLC software.

Learn Logix subscribers get one actionable tip to help them master Studio 500 Logix Designer delivered to their inbox every Tuesday morning. 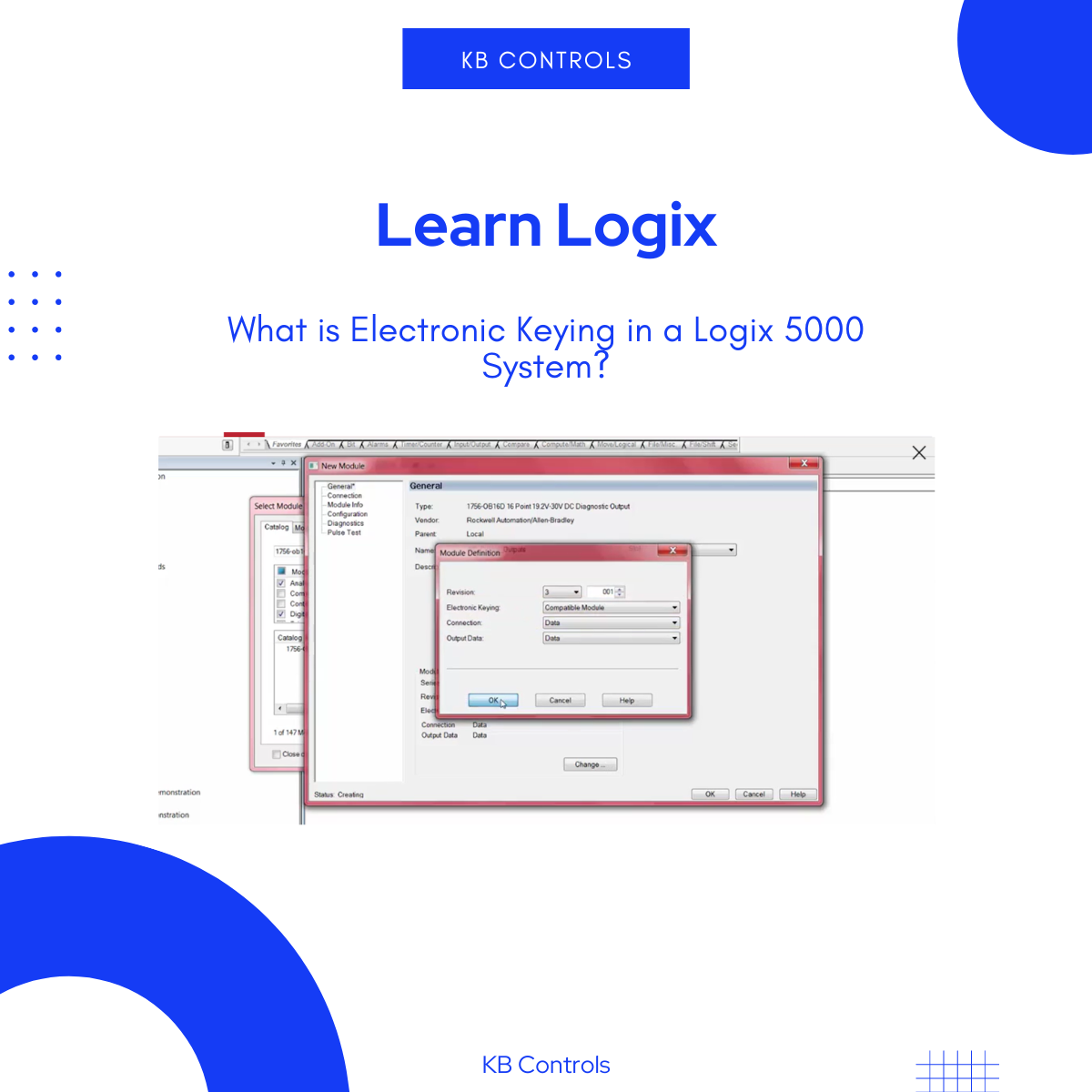 What is Electronic Keying in a Logix 5000 System? 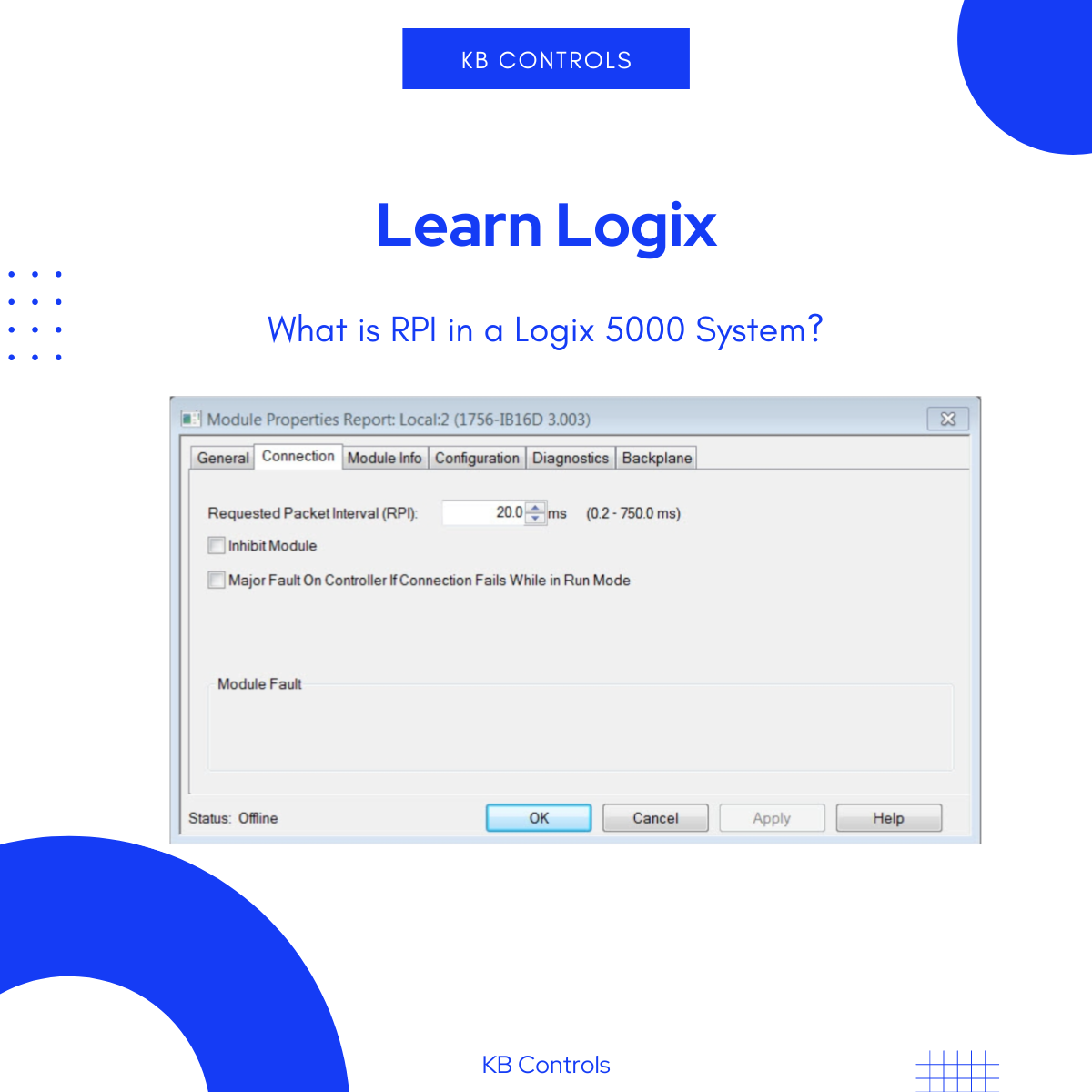 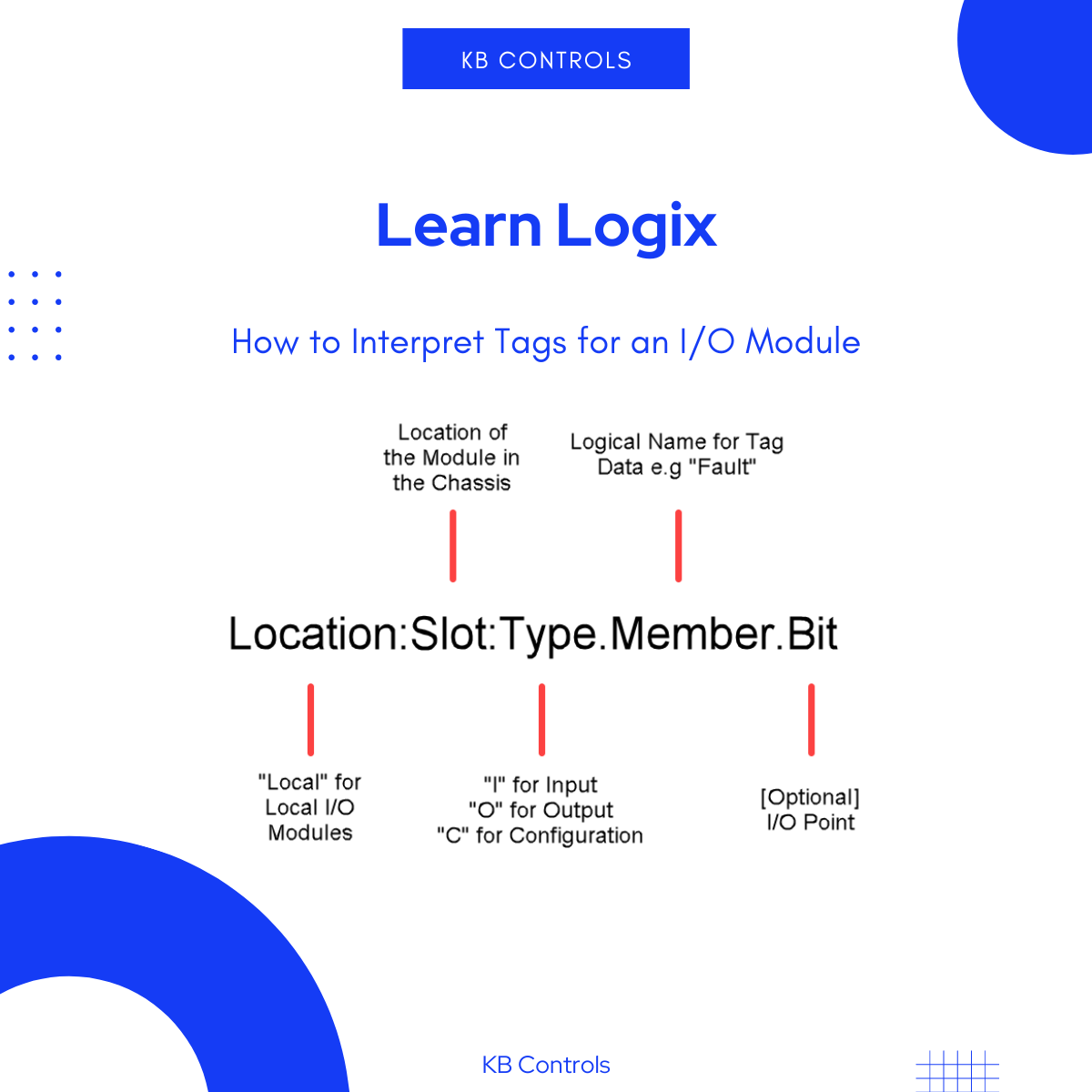 How to Interpret Tags for an I/O Module